The Woodland Trust says the Japanese practice of “forest bathing” should be prescribed on the NHS to tackle stress and other mental health problems. According to the charity, hugging trees, listening to bird song and kicking through leaves are all activities that can boost mental health. 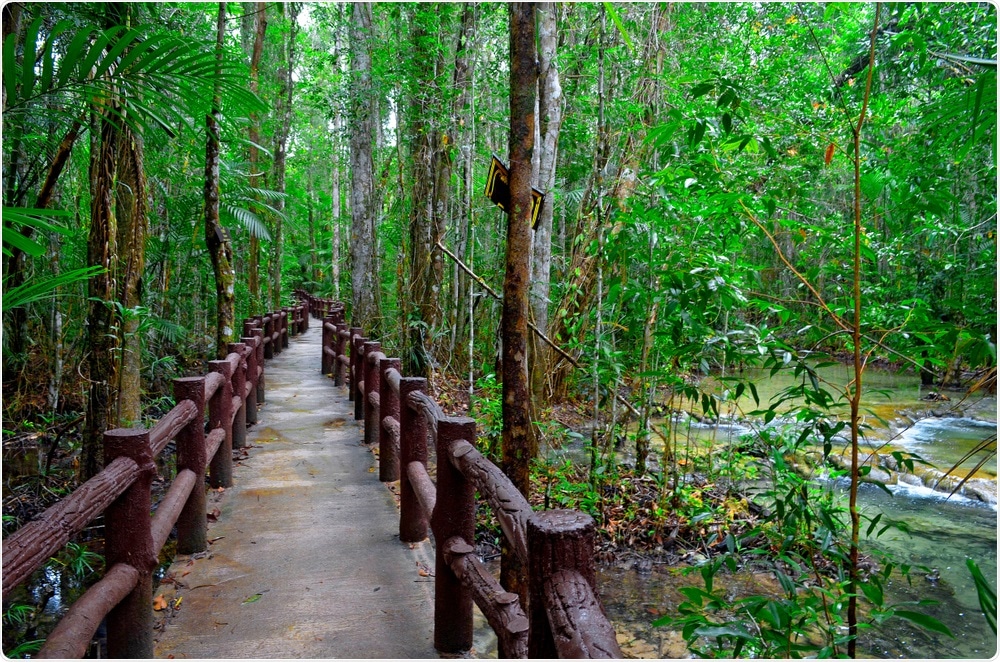 The Trust is urging GPs to prescribe forest bathing for mental health conditions and direct patients to their nearest woodland.

Head of innovation at the Woodland Trust, Stuart Dainton, say all family doctors should have the knowledge to point patients towards the nearest suitable woodland where they can absorb nature, informally or as part of a structured program. He is appealing to GPs to make use of the more than 1,000 sites covered by the Trust in the UK.

Stemming from the Japanese art Shinrin-yoku, the practice was devised 40 years ago by the Japanese Ministry of Agriculture, Forestry, and Fisheries as part of an initiative to tackle stress among men. The activity involves breathing deeply and absorbing the atmosphere of the forest as a way of yielding calming, rejuvenating and restorative effects.

Participants are encouraged to immerse themselves in the environment and take in the sights, sounds, touch and smells of the forest.

It’s about invigorating the senses by walking in the woods, smelling, listening to the sounds of the woods, touching the ground. We’re almost losing that as a society.”

He adds that forest bathing should also be encouraged for children to help fight the “always on” culture prompted by social media.

BBC presenter Kate Humble is calling for schools to conduct lessons outside, referring to how difficult she found education whilst surrounded by four walls:

I find it stultifying and boring and I spent probably more of my school career going ‘How can five minutes feel like five hours?’ There is no reason why maths, English literature or any subject cannot be taught outside.”

Forest bathing is now practiced by more than five million Japanese people and has quietly been gaining popularity in the UK. The therapy, which has become a cornerstone of preventative health care in Japanese medicine, has prompted a number of scientific studies that seem to prove its beneficial effects.

Research mainly conducted in Japan and South Korea, has shown that two hours of time spent mindfully exploring a forest can lower blood pressure, reduce the stress hormone cortisol and improve memory and concentration. Studies have also found that trees release substances called phytoncides, which have anti-microbial properties and can boost the immune system.

As a result of these findings, the Japanese government decided to introduce shinrin-yoku as a national health program and now forest therapy is an established practice throughout the world.

An increasing number of companies are now offering structured forest bathing programs that last anything from between a couple of days through to week-long residential stays.

The Forestry Commission, which is the largest proprietor of wooded land, has also announced that it plans to launch nationwide programs. In addition, it provides printable recommendations on how to practice the activity, including tips on how to breathe correctly.

Beneficial effects of forest bathing (that have been scientifically proven) include:

Helen Stokes-Lampard from the Royal College of GPs advises that getting outside can have a “really positive impact” on health:

We do know that patients often benefit from non-medical interventions such as an exercise class, learning a skill or joining a community group. This is now referred to as ‘social prescribing,’ and ‘forest bathing’ is one of many activities that people might find beneficial for their overall wellbeing.”

Dainton says that social prescribing through aspects of Shinrin-yoku, forest bathing, is a route to helping the nation destress: “One in four of us are potentially going to suffer from mental health problems. Part of the solution is just getting outside and enjoying nature.”

How many people could benefit from forest bathing?

Millions of people are affected by mental health problems every year in the U.S. Statistics on the prevalence and impact of these conditions in the U.S. include the following:

Want to give it a go? The National Trust has put together a beginner’s guide to forest bathing.

This Is How It Feels to Live with Severe Anxiety

My anxiety disorder can make me feel like I’m trapped…

As seen on News Medical Life Sciences   By Sally Robertson,…